The State of Steel December 2022

While structural tube pricing has declined, mechanical tube pricing remains elevated and lead times stretch out beyond 1st quarter of 2023. Most DOM and CDS prices seem to be hovering at their peak with no sign of decline coming.  Contract pricing has seen several increases due to continued inflationary pressures and the necessity to assure the sustainability of the individual mills.

The CRU index came in at $618/ton this week. Last week it was $626/ton. Week-over-week change is -$8/ton. Looks like HRC continues to be on a slight downward trend with back-to-back week losses. That being said, US Steel, Cleveland-Cliffs, Stelco, and ArcelorMittal all announced a $60/ton price hike. It would appear that we are close to the bottom on coil pricing. The below charts reflect the CRU index and a current listing of all price increases/decreases on tubing that we have seen within the last year or so.

November did not see any base increases for cast iron. Dura-Bar’s base price has remained constant since April 1st of 2022. Surcharges do appear to have topped out in May of 2022, as we have seen surcharges decrease 7 months in a row now. The below chart details the Dura-Bar surcharges over the last year or so.

With the November scrap trade concluding with Midwest shredded scrap prices down $20/ton month-over-month (the 7th consecutive monthly decline) prices have now hit their lowest level since December 2020. Looking ahead, some market sources are indicating prices are approaching a bottom, with shrinking scrap inventories and reduced flows leading to a potential modest rebound. (Source: AMM)

The spread between hot-rolled coil and prime scrap prices has begun to narrow again after three months of stability. Prices for both products continue to move lower, as they have most weeks since May. The latest HRC-prime spread is one-fourth of what it was this time last year. The spread is also now at a 26-month low. (Source: SMU)

US Steel confirmed that it will keep the #3 blast furnace at its Mon Valley Works idled until market dynamics improve. The furnace was originally taken offline in late August for a planned 30-day maintenance outage. (Source: SMU)

Global crude steel production was estimated at 147.3 million metric tons in October, down 2.9% sequentially, but up 1.1% year-over-year. (Source: SMU)

DOM, HRS, and CDS Tubing lead times continue to be long but have shortened slightly and are now anywhere from 20 to 36 weeks. The long lead times are due to backlog, supply issues, contract business, and labor shortages. We continue to see lead times be long and are now seeing availability not free up until mid-2023.

Structural Tubing mill lead times are shortened and running approximately 2-4 weeks upon receipt of order. Common sizes we can get sooner for now.

Dura-Bar Continuous Cast Iron mill lead times are approximately 4-6 weeks depending on size, grade, and finish. If it’s a large bar, special grade, size, or shape then the lead time could be considerably longer.

Congress passed a bill that would force a tentative rail labor agreement and thwart a national strike. (Source: CNBC)

New orders for US-manufactured durable goods rose sequentially in October by 1.0% (ahead of estimates of 0.4%) to a seasonally adjusted $277.4 billion. That figure has risen for seven out of the last eight months. However, excluding transportation, new orders decreased by 0.5%. (Source: SMU)

Existing home sales declined by 5.9% in October month-over-month and declined by 28.4% year-over-year. This marks the 9th consecutive monthly decline and is the slowest sales pace since December 2011 (except for a very brief drop at the beginning of the pandemic). Even as sales slow, supply remains low. There were 1.22 million homes for sale at the end of October, a decrease of 0.8% month-over-month and year-over-year. That’s a 3.3-month supply at the current sales pace. Historically, a balanced market is considered to be a 6-month supply. (Source: CNBC)

OPEC and its allies are increasingly expected to hold production steady after the group shifted its meeting online amid an uncertain market outlook. (Source: Yahoo) 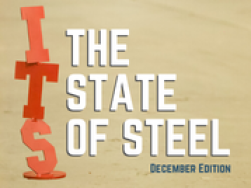 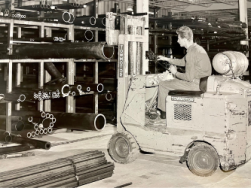 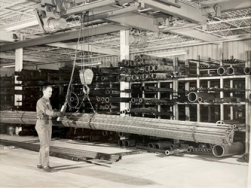 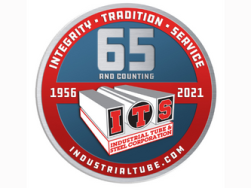