Home Blog The State of Steel May 2022

Pricing - Steel pricing is beginning to flatten out.

Steel pricing continues to be very unstable. Due to many factors, the price of steel continues to stay high but has leveled out over recent weeks. At the beginning of March, the CRU index sat at $935 per ton. As of May 4th, we now sit at $1,447 per ton. That amounts to an increase of 54.8% just since the beginning of March! Futures look at steel pricing leveling out but do not see any dramatic drops or increases. The market is at a standstill so buyers are very cautious because they do not want to be stuck with expensive inventory. Demand is still strong which remains a good sign for the industry. The instability in steel prices is being attributed to the Ukraine war, a decrease in imports due to difficulties at the ports, an increased cost of inputs, and a shortage of labor.

Structural tubing followed the CRU trend and began leveling off in April. After seeing 3 increases in March, we were able to stave off any base increases in April. We are still seeing freight and fuel surcharges which is adding nominal increases to the material costs. The market right now for structural tubing continues to hold pat and remain flat. With regards to DOM tubing, we have not seen an increase or decrease since August 20th except for a new surcharge being announced recently. These “surcharges” and prices are going up due to freight cost, fuel cost, demand, long lead times and increases in raw material costs. We did recently see one of our mills try to increase pricing however it did not stick and was retracted. Most DOM mill pricing has increased 13 times for a total of 89-92% overall since the beginning of November 2020. Lead times are still very long for mechanical tubing thus less urgency to reduce pricing. Cold drawn and hot rolled seamless tubing saw an additional $200 per ton increase in March for all new orders but we have not seen anything since. The below charts reflect the CRU index, and a current listing of all price increases/decreases on tubing that we have seen since late August of 2020.

Nucor opened its plate order books for June and announced it will maintain the plate prices set at the end of March, with the cut-to-length plate prices ranging from $1,625-1,950/ton depending on width and gauge. (Source: AMM)

May has not seen any base increases however, pricing is still settling out from the April base price increases of $0.02/lb. on ductile grades and $0.04/lb. on gray iron. This latest base price increase comes on the heels of 4 base price increases in 2021. Surcharges have also continued to rise, as ductile and gray iron are at new highs. We do look to be at the peak however as future surcharges are forecasted to recede next month. The below chart details the Dura-Bar surcharges over the last year or so.

Structural Tubing mill lead times are steady and running approximately 6-8 weeks upon receipt of order. Common sizes we can get sooner for now.

Dura-Bar Continuous Cast Iron mill lead times are approximately 8-14 weeks depending on size, grade, and finish. If it’s a large bar, special grade, size, or shape then the lead time could be considerably longer.  We are currently struggling to inventory large gray iron billets for our plate department but are looking to resolve as best we can.  We are experiencing longer lead times for round bars under 2” diameter.

The export scrap market is down. Domestic mills have good scrap inventory levels. Brazilian export pig iron prices declined to $890/ton this week. Primary drivers for the decline are fully stocked inventories after the initial Russia/Ukraine rush to buy, and lower-priced Russian pig iron pressuring European pig iron prices. (Source: AMM) Negotiations for scrap volumes delivered in May were only just beginning, but at least one dealer offered a mini-mill a price cut of $75/ton month-over-month across prime and obsolete grades. Two other dealers indicated they expect shredded scrap prices to drop by $50-$75/ton month-over-month. (Source: Platts)

The US rig count increased 0.4% week-over-week to 698 rigs as of 4/29. The rig count is up 58.6% year-over-year. (Source: Baker Hughes) The US OCTG monthly domestic price index increased to $2,900/ton this week, with import prices having increased to $2,500/ton. Buyers cited exceptional supply tightness characterized by stretched lead times and limited import supplies, particularly in ERW welded pipes. (Source: Platts)

Amazon announced that it now has “excess” warehouse and distribution space. Amazon added ~200 million square feet of North American fulfillment and data center space in 2020-21 which equals ~7% of all private US non-residential construction. A Wall Street research firm estimated that Amazon’s effective steel consumption was close to 1 million tons a year in 2020-21 (mostly structurals) which represents ~3% of the total US long steel market and 10-15% of structurals. While US government infrastructure spending should more than pick up the slack, this announcement by Amazon is a meaningful negative outlook for structural steel suppliers. (Source: Wall Street Research) 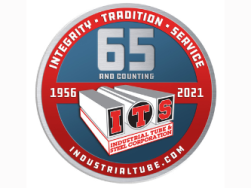