The State of Steel February 2021

The CRU index continues to rise and overall, we have seen a 57.6% increase in the steel index since the first week of December and an 98.5% increase since the first week of October 2020. Nucor Tubular and Atlas Tube have once again raised prices on HSS, pipe, mechanical, and piling products by a staggering $150/ton in late January and another $50/ton in February.  All other structural tubing mills have followed suit. This kicks off an eleventh round of price increases since August. As far as mechanical tubing such as DOM and CDS, most mill pricing has increased now 7 times for a total of 47-50% overall since the beginning of October 2020.  Below is a current listing of all price increases we have seen since late August of 2020.  Steel plate prices in the US increased again following domestic mills announced price increases last week. Steel cut-to-length plate is now $1,020/ton, which is more than double the 2020 low price of $500/ton reached in August.  (Source: AMM)

Mechanical Tubing is 18-20 weeks given the availability of raw steel coils.

Dura-Bar Continuous Cast Iron mill lead times are approximately 3-4 weeks. Pricing on all cast iron products is gradually increasing. This can be attributed to higher raw material surcharges and increased costs in freight.

Imports - Based on preliminary import licenses, steel imports in January were up 42.2% month-over-month on a daily average basis, totaling 1.93 million tons versus 1.36 million tons in December.  (Source: US Department of Commerce) 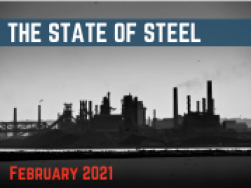 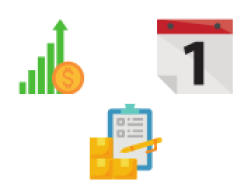 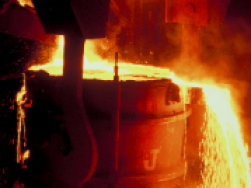 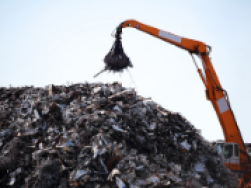